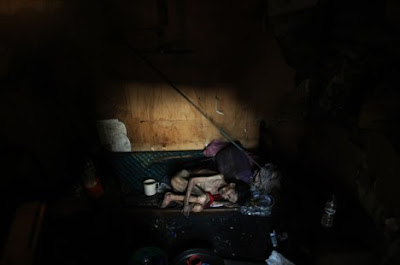 Jakarta Globe photographer Yudhi received first prize for news photography at the SOPA awards in Hong Kong. This is only one of three awards The Jakarta Globe has received. (JG Photo/Yudhi)

Hong Kong. The Society of Publishers in Asia Awards for Editorial Excellence (SOPA) has recognized the strength of The Jakarta Globe's feature writing, news photography, supplemental coverage and breaking news by bestowing five awards, including Best Journalist, upon the newspaper in a gala dinner in the JW Marriott Hotel, Hong Kong.
Dewi Kurniawati received first prize for her feature writing about the Orang Rimba tribe of Jambi. In her writing she illustrated the life of the tribe faced with the destruction of their environment through deforestation and the poisoning of rivers by industry. She then made it a brace of awards by receiving the Best Journalist award.

In the category of news photography, The Jakarta Globe also took first place with the judges deciding that Yudhi's harrowing image of Min on a filthy bed in a makeshift hut in Kebun Melati, Tanah Abang, was the best of the entrants.

The Jakarta Globe also picked up a third award for Excellence in Special Coverage for the "Water Worries" special supplement. The same special supplement also received an honorable mention in the Environmental Reporting category.

Keeping readers up to date with the events that can affect them is one of The Jakarta Globe's priorities and its breaking news coverage was recognized with yet another first prize. The Situ Gintung reservoir disaster was judged to be the most effectively covered piece of breaking news.

The up-to-date, dynamic layout of the newspaper also received an honorable mention in the Newspaper Layout category. 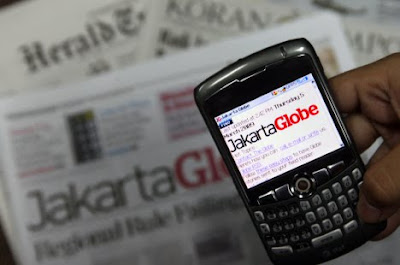