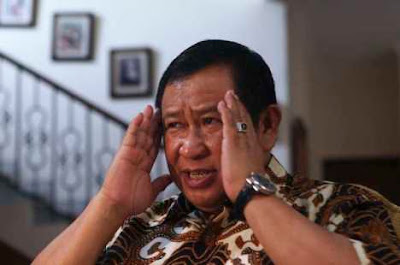 Fearing arrest, Susno failed to appear on Thursday for questioning in relation to corruption allegations, a day after he was implicated in the scandal involving former tax official Gayus Tambunan.

He said he did not trust the National Police and wanted to be questioned by an independent team from the Corruption Eradication Commission (KPK) and Attorney Generalâ€™s Office.

On Sunday, A middle-ranking police officer alleged that he observed Susno taking a Rp 500 million ($55,000) bribe from suspected case broker Sjahril Djohan in December 2008 in relation to a fish farm.

M. Assegaf, one of Susnoâ€™s lawyers, confirmed that his client had been taken into custody but that he did not know all the details.

He said the legal team believed the arrests were â€œimproper, irrelevant and we think that our client has been trapped.â€

â€œI donâ€™t know the reason why police named our client as a suspect,â€ he added.

Susno, once on of the nationâ€™s more despised officials because of his alleged role in a conspiracy to bring down the respected KPK, more recently implicated a number of senior police officers â€” as well as Gayus â€” in corruption.

Critics say that Susnoâ€™s legal troubles relate to his allegations against police, which is perceived as one of Indonesiaâ€™s most corrupt institutions and has undertaken few reforms.