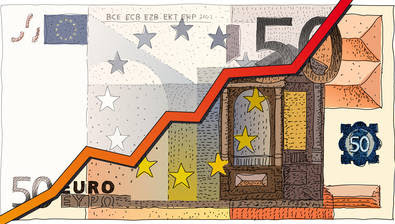 The Netherlands has overtaken Switzerland and moved into fourth place in the latest global competitiveness rankings published by IMD.
The top five most competitive economies in the world remain the same as in the previous year, but their order changed in the 2018 rankings. The United States, third last year, returns to the top spot, followed by Hong Kong, Singapore, the Netherlands and Switzerland.
The Netherlandsâ€™ advance reflects a â€˜balancedâ€™ path to competitiveness, ranking in the top 10 in economic performance, government and business efficiency, IMD said. Switzerland declined mainly due to a slowdown in exports and, to a lesser extent, an increase in perceptions about threats of relocation of R&D facilities.
The IMD World Competitiveness Center, a research group at IMD business school in Switzerland, has published the rankings every year since 1989. It compiles them using 258 indicators.
â€˜Hardâ€™ data such as national employment and trade statistics are weighted twice as much as the â€˜softâ€™ data from an executive opinion survey that measures the business perception of issues such as corruption, environmental concerns and quality of life. This year 63 countries were ranked.
The Netherlands is also currently ranked 4th on the World Economic Forumâ€˜s list of the 138 most competitive countries, behind Switzerland, the United States and Singapore.

The central bank said the market should not be worried by the recent volatility of the rupiah, which is affected by the global fear of Greeceâ€™s sovereign debt.

The government will keep a close eye on Euro zone debt worries, which may send jitters to stocks and bonds as well as the local currency, the Finance Ministry said.

Concern that some European nations will find it difficult to finance their budget deficits might further cast a shadow in the local stock and currency market.

The rupiah may weaken to Rp 9,700 per US dollar by the end of the first three months of 2010 as investors buy dollars, in the light of uncertainties on the global economic recovery, Standard Charte

The 16-nation euro hit a new 14-month high against the dollar on Thursday after the Federal Reserve indicated it was in no rush to raise interest rates.