Most Asian stock markets fell in early trading Tuesday as an appreciating yen overshadowed a strong finish on Wall Street.

Asian stock markets were mostly lower Wednesday as investors pared bets ahead of a key U.S. jobs report on Friday and the Easter long weekend.

Asian stock markets rose Friday after Europe agreed to a rescue plan for Greece if the country’s debt crisis deepens. 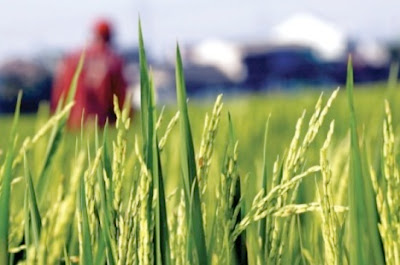 It is now a well-known fact that Indonesia is riding above the curve in terms of macroeconomic performance when compared to other Asian economies. In fact, a recent seminar organized by the Economist magazine notes that the nation is hitting its stride but will most likely not be able to stretch itself to fully realize its goals.

There are reasons to be optimistic, the participants of the conference said. Annual household consumption currently stands at $1,500 per person but is expected to grow by an average of 6 percent a year over the next five years — twice the global average.

Indonesia is also one of the fastest urbanizing countries in Asia, with an estimated 60 million people expected to become city dwellers over the next five years. With 60 percent of its population under 29 years of age, the demographic dividend is in its favor.

But to a large extent, the country’s economy has basically been a “rocks and crops” story. Economic growth has been fueled by relatively high commodity prices and a fast-growing middle class. Investments, especially foreign direct ones, have lagged behind most other fast-growing Asian economies.

For this to change, Vice President Boediono noted at the conference, the government will focus on improving connectivity over the next five years. This will involve upgrading the country’s logistics network and improving telecommunications. As the vice president rightly pointed out, the country’s economic potential can only be unleashed if the right kinds of infrastructure, both hard and soft, are in place.

Without connectivity, not only will domestic consumption plateau, the country will find it difficult to plug itself into the global economic grid. Better and more efficient logistics — the ability to move people and goods around the country faster and more efficiently, will have an enormous multiplier effect on the economy and in reducing poverty.

Building better and more efficient infrastructure cannot be overemphasized. But given our nation’s size and geography, connecting the major islands is a huge challenge that will require planning, financing and the most careful execution.

The government has already committed to building 20,000 kilometers of new roads and significantly expanding the power grid, but it needs to take ownership of the infrastructure program by also committing the necessary funding.

According to current projections, Indonesia’s economy in 2030 will be the same size as China’s today — about $4 trillion. But China’s economy over the next 20 years is projected to grow to $52 trillion and India’s economy to $14 trillion. So even though Indonesia’s growth trajectory may seem optimistic, it must ensure that it keeps up with the scorching pace being set by India and China if it intends to be a player on the Asian stage.

China steams ahead on clean energy

The Economic Intelligence Unit (EIU) Corporate Network Director Ross O’Brien said in Jakarta on Wednesday that a lot of investment that was held back during the recent global financial crisis, which peaked in October 2008, would start flowing to the country this year.

“A lot of firms put investment plans on hold. A lot of these projects will come out of storage,” O’Brien said after a media briefing on the Indonesia Summit, to be held Thursday in Jakarta at the Shangri-La Hotel.

The summit, hosted by Economist Conferences, a division of the Economist Intelligence Unit (EIU),, will see over 100 business leaders and government officials from Asia taking part in an interactive discussion.

O’Brien estimated investment growth in Indonesia would reach 13 percent this year.Investment in Indonesia grew by 3.3 percent last year, according to the Central Statistics Agency (BPS). But Indonesia’s economy managed to grow by 4.5 percent in 2009 as household consumption remained strong. The government estimates the economy will expand at 5.5 percent this year on the back of stronger trade and investment.

The EIU forecasts Indonesia’s economy will expand 5.6 percent in 2010, and 5.9 percent in 2011, due to a resilient domestic market and good investment opportunities.

The head of the Investment Coordinating Board (BKPM), Gita Wirjawan, said he was upbeat that investment in the country would grow by 15 percent this year.

Indonesia still has some problems caused by factors affecting the investment climate, he admitted. But these will not lead to Indonesia losing momentum in attracting investment, he said.

“We still have issues with legal certainties and transparency.

But so does the US, the UK and other emerging countries. Every country has its own issues,” Gita said.

The BKPM has been involved in intensive communication with the International Finance Corporation to change the perspectives of foreign investors on Indonesia.

Gita said the future visits of Chinese Prime Minister Wen Jiabao and US President Barack Obama would add to the momentum leading to Indonesia becoming better positioned on the international map.

He said Indonesia could attract Rp 2,000 trillion (US$220 billion) in investment annually if the country could tap the momentum.

Indonesia Must Heed the Golden Rule for Attracting Investors

Oil prices drifted below $82 a barrel Friday in Asia, pulling back from a monthlong rally that was fueled by mostly positive news about the U.S. economy.

Asian stock markets were mostly lower Thursday while the euro weakened after Greece said it might seek international assistance to resolve its debt crisis.